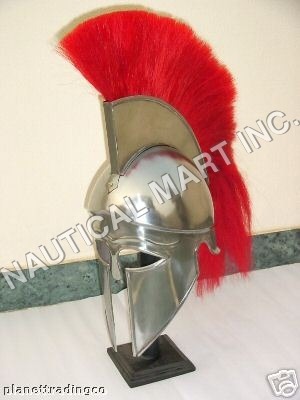 Trendy and exclusive medieval armor products from around the world. Some of the most recognizable war helmets are the ancient Greek Armor helmets. However, there is really no one helmet that signifies the Greek culture. Trojan , Spartan and Corinthian helmets are all found under the general category of Greek helmets. Corinthian helmets had a red plume and were very similar in design to Spartan helmets in terms of the _face_. The difference was that the frontal cheek guards were a bit longer for the Corinthian armor helmet. These Greek helmets were usually made of brass or black metal. The red plume was usually made from horse hair and colored with red dye. For today_s costume makers, they will find that making the plume from real horse hair is a very expensive proposition and would more likely use synthetic hair. To feel part of the elite attendees to a costume party, this is the helmet for you as it did for the elite soldiers of the Greek empire. Important Features: _ Size : na _ Finish : Silver _ Material : - 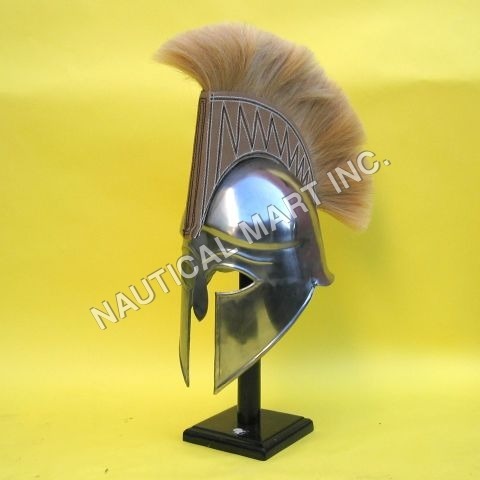 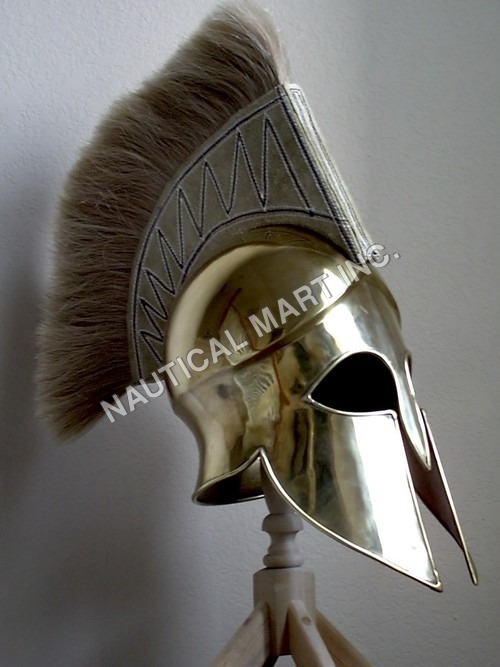 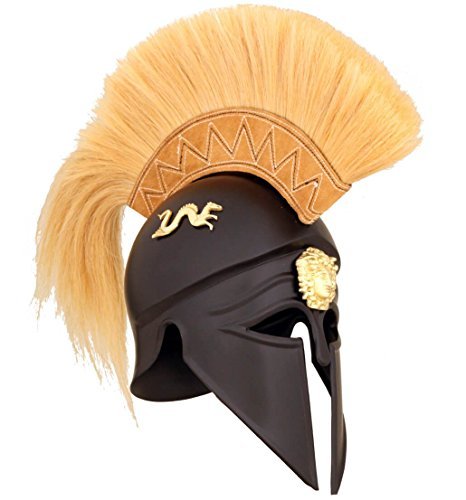 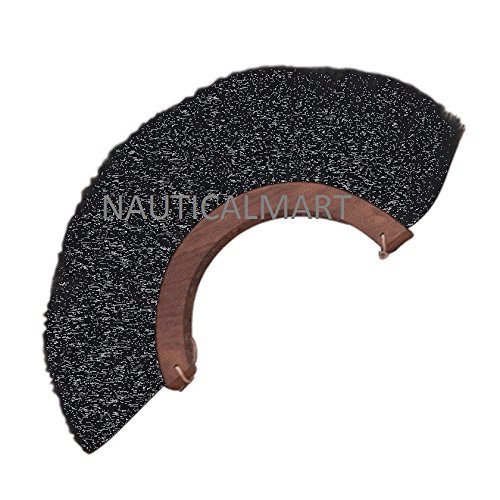